The #IceBucketChallenge by the numbers | Cucumber Marketing Inc.
Skip to content

You’ve heard about it, and you might have even participated in it — the Ice Bucket Challenge has been getting some major social media love this summer (and is not showing any signs of slowing down). While this challenge is targeted at promoting awareness of ALS, one can’t help but notice that the challenge is becoming a little bit of an egotistical show off, and an excellent PR opportunity for celebrities (seems like everyone from Victoria Beckham to President George W. Bush has been involved in the challenge one way or another).

As we were discussing the effects (and side effects) of this viral social media campaign here in the office, here are some interesting facts that we were able to uncover: 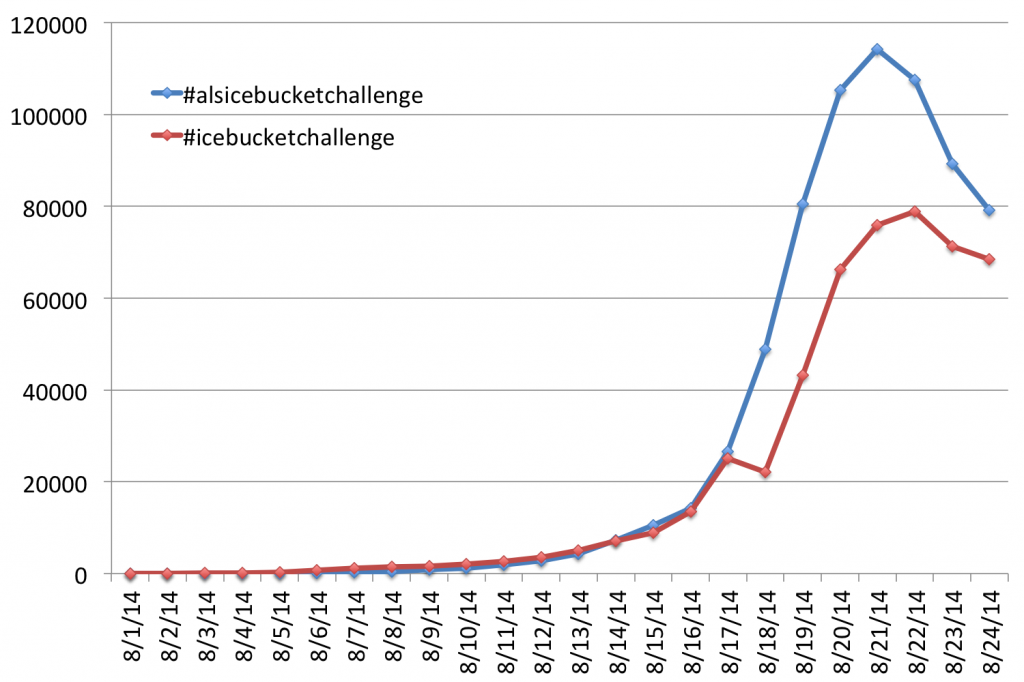 The verdict is—egotistical or not—this is how social media works. Social media, in a way, is egotistical, but if the means justify the ends (at least in this case), we think it’s brilliant that social media has this power to do good in a fun, and super cost-effective way for a non-profit organization.

How’s your social media marketing today? Curious to see how your online presence can be improved? Give us a shout, or stop by— we always have chocolate!