Great things happen when passions collide. For Fusion Fight Gear, those passions are Pop Culture and Brazilian Jiu Jitsu. Fusion Fight Gear was created by a couple of BJJ enthusiasts who also happened to be comic book lovers. They had a vision of combining their love of BJJ and pop culture, and came to us to help them develop the brand.

We developed Fusion Fight Gear’s ecommerce website and set up their social media accounts, managing their PPC campaigns to drive sales along the way. Everyone involved in the project was super-excited to be a part of it! Fusion Fight Gear makes some of the coolest gear around, and they’re not afraid to show their comic book geekiness at all.

The Coolest Gear Around 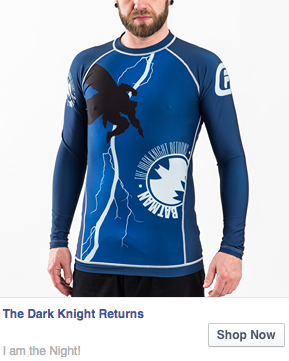 From rashguards to gis, every product is beautifully designed and officially licensed. We’re blown away by their selection of brands. Seriously! From Star Trek to Street Fighter, they have something for every nerd. They even released a new line of DC Comics gear last week. These are the perfect gift for any Batman lover, let alone BJJ enthusiasts. Products like these can be used for biking, working out, general exercise – or even just for collection purposes!

The Process – In A Galaxy Not So Far Away

Fusion Fight Gear is a labour of love. It’s a brand that clearly comes from the heart, so we designed a website to match that enthusiasm. Bright colours all around and responsive design allows the user to feast their eyes on all the awesome products, no matter what size screen they’re viewing from.

Fusion Fight Gear hit the ground running in May of 2015, hitting 10,000 followers on Facebook in the first 7 months and earning 5* reviews left and right. Their products are highly regarded in the BJJ community – here’s MMASucka giving the Star Trek – Mr. Spock Gi a 10/10 in every category. They’ve even had their products featured on the home page of StarTrek.com!

What We’ve Learned With This Project 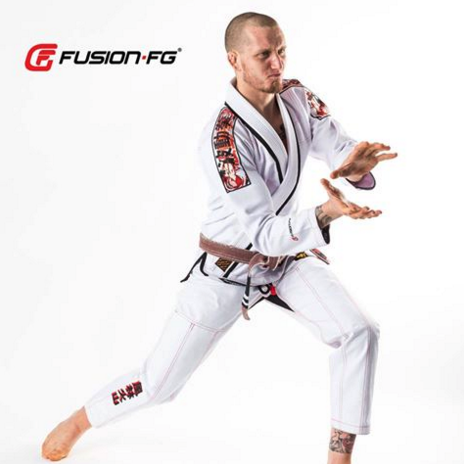 This is a great example of how branding comes through in every facet of marketing. From their website through to their social media, Fusion Fight Gear maintains a brand image of quality and unparalleled enthusiasm.

Product descriptions are chock-full of comic book references and parallels. Even their product images include signature poses from famous characters! It’s no wonder this brand is loved by comic book geeks and BJJ enthusiasts alike – it’s genuine, it’s awesome, and it comes from the heart.
Working with Fusion Fight Gear allowed us to fully tap into a market that’s just as excited about the product as the creators are. Projects such as these are the reason we love working at a branding agency – it’s incredibly rewarding to see enthusiastic fans!

Stay tuned for another Freshly Done feature next month. Until then, we’ll be stocking up our utility belts and practicing our kung-fu kicks in a corner. Hi-yah!