Are you using hashtags the best way possible? Find out.
Skip to content

In 2007, Chris Messina a former Googler, invented hashtags and in 2016, it is one of the most powerful tools to feature your content where it’s needed and reach out to people outside your followers or fans. It’s a simple character which has existed for years and you don’t need a certificate to use it. There is an easy to understand logic to when and how it should be used. Which is why, when we see #brands #overdoing #hashtags #OrMakingUpRandomOnesThemselves, it hurts us (and it hurts more than just the eyes).

Maybe you have been following the popular hashtag rules — don’t use too many; don’t include spaces; check your spelling; longtail is for keywords and not for hashtags, keep them short; make sure you understand the topic first; blah blah blah. We are sure you have read those rules and you follow them like most of us follow #GOT these days. But you might still be making some very serious hashtag mistakes.

If you answer ‘yes’ to even two of these four questions, it’s time to rethink your hashtag moves:

Need us to throw a little more light on these topics? Here you go.

How not to use hashtags: 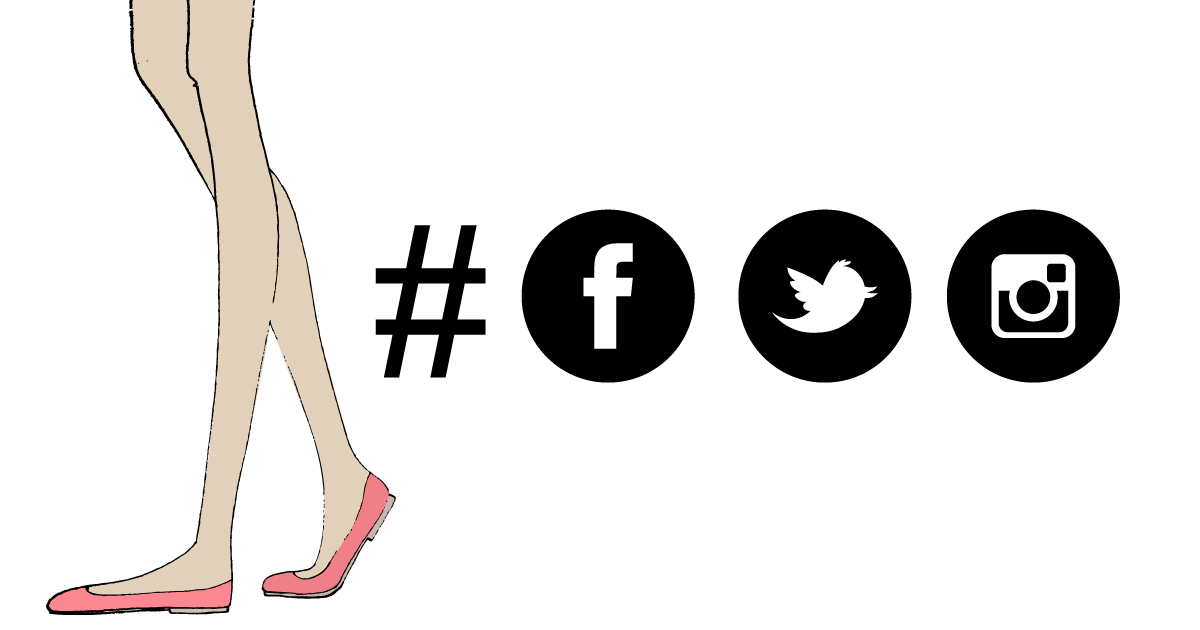 On Instagram your content comes before the hashtags, which means that you find supportive hashtags for your content to club it in the right groups and Instagram feeds. You may target specific hashtags but most of the time your content will come first and then you’ll look for hashtags that best describe it. Read: Unraveling Instagram For Social Media Marketing

Whereas on Twitter, you should first look for hashtags and then create tweets about them. On Facebook, it is a different ball game altogether. Hashtags don’t really help your business page in any significant way. Hashtags like #PetsAreFamily or #MondayMotivation really mean nothing on Facebook. They only overpower your beautiful description or status and even when they sit in the end, they just take the honesty out of your post and make it look sales-y.  You should skip the lifestyle hashtags altogether and only use event and news hashtags. Like when they are of your own event for example. #CucumberMeet16 or an incident/event that is in news like #brexit and #fifa16 or maybe some TV Shows and movies like #TheSecretLifeOfPets.

So if you use Hootsuite or Buffer to club your posts together and release them at one go, you need to pause for a moment and ensure that your keywords for each medium are relevant to that particular medium and then probably release those posts separately.

2. Create your own hashtags but ensure they are unique and related to your brand 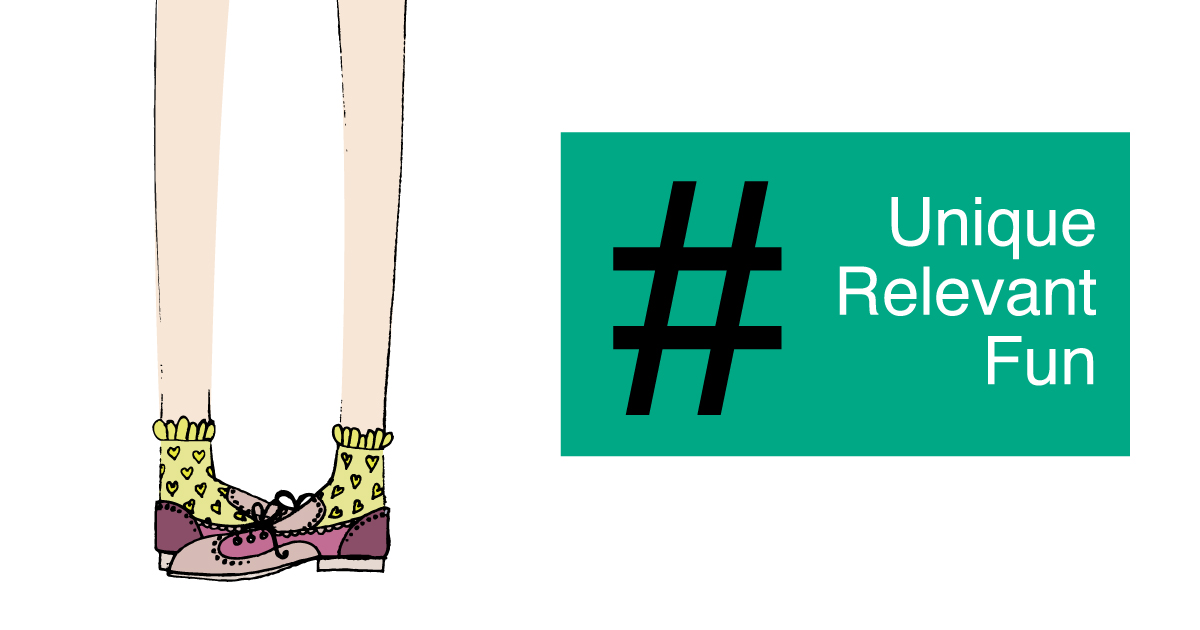 KitKat used a very popular hashtag #Haveabreak; it is completely in sync with their brand’s positioning. And people use it all the time. But guess what, there is potential for a lot of misuse too. Because it is too generic and probably exists outside KitKat as well. You can’t copyright hashtags or hoard them like GoDaddy has websites people might need in the future. You can only use them. And so can others. What will determine how best it works for you is just how popular and relevant you make it for your brand.

Creating your own hashtags is great but if they already exist outside your brand, you are only confusing your audience. You are not only making associations with something you have no idea about but you are also wasting all that effort by making it difficult to measure the unique impact of your hashtag. On the other hand, Audi used the hashtag #WantAnR8 and Calvin Klein used the hashtag #MyCalvins and did a wonderful job by getting conversations started while also generating brand recall.

Remember, the next time you create your own hashtag, make sure it doesn’t already exist and it does not have the scope to be used for anything else. It should be unique to your brand just like a logo and it should be fun. While you’re at it, make sure you define it on tagdef.com. It helps.

It’s a different ball game if you want the hashtag to be popular irrespective of your brand like Herschel Supply Co. created a hashtag called #welltravelled to show their travel bags and accessories on Instagram and the hashtag continues to happily live outside the brand. However, nothing can help a hashtag that is too complicated. Just like #WTFF, which was started by Burger King but did nothing to help the brand. It means ‘What The French Fry’ by the way.

3. Zero in on some relevant hashtags and stick to them for sometime, don’t abandon them too soon. 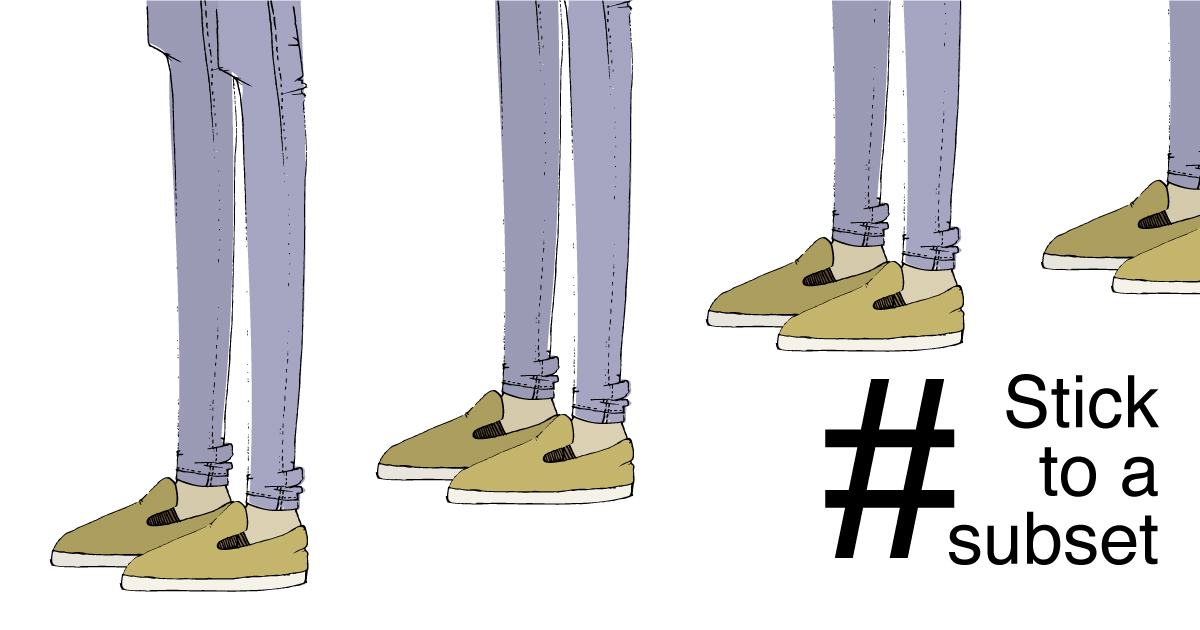 Okay, so maybe you find relevant hashtags and include them in your posts but then you keep changing them too often in your battle to get more likes and reach. That’s not how you should play this game. You have to be patient. Do your research and identify some hashtags every month, these should be directly in sync with your content marketing goal. Now even if they don’t get you immediate engagement, stick to them. Stick to them for a whole month and keep coming back to them later too. You will be able to garner relevant attention and build stronger engagements this way.

When you are working on Twitter, you should be doing your hashtag research daily, irrespectively. But when working on Instagram or Facebook, spend more time on step one, that is finding the hashtags and freezing a subset for a month. This way, you spend less time during the month, looking for new hashtags each time. If your targeted hashtags are not working for your content then that means either your content is not related to the hashtags or your choice of hashtags is wrong.

4.   Do settle for the slightly less popular hashtags to get better results 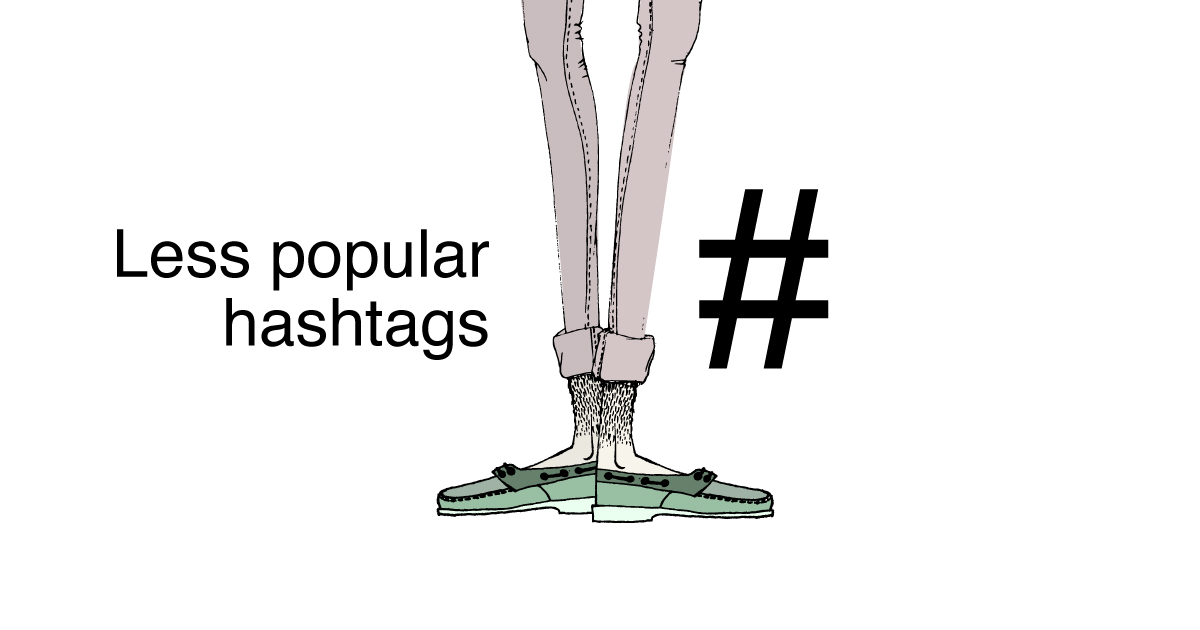 Just like with Adwords where slightly weaker keywords can end up giving us less impressions but better ad rank; Hashtags can do the exact same thing. Each time you pick the most popular hashtags in the category , you will be competing with a lot of players, small and big. Your message might just get lost in the sea of conversations already taking place. When you are trying to talk about a trending topic on Twitter, try your best to say something unique and fresh, because if your message does not get retweeted or liked enough, chances are it’ll have much less impressions/reach than you’d expect from a popular hashtag. So unless you can say something really cool about a hot topic, don’t say anything. Say something less cooler about a topic which is less hot instead. (Read the sentence again if you got confused.)

It is always advised to manage and track your hashtags using tools like Websta, Hashtagify or Tagboard. There are many others in the market today but as long as you are using one to ensure you are picking the right hashtags and are able to track them, you are on the right direction. With that one tool and these four tips your brand will be hashtagging its way into the hearts of your happy fans and followers.

Social media is very dynamic and algorithm changes can turn our strategies upside down. You need to stay updated. (Read: 5 Reasons Why You Need To Rethink Social Media) Keep following us for more fresh marketing tips for cool companies. Always.